This is around ten days worth of reading. I was going to put up a post last Sunday, but I was too busy being a useless layabout to actually care about my blog. :)) I didn't finish reading anything from the 8th to the 21st. I've been getting a lot of thesis work done though, this really long slog through revisions and reading and revising, and yeah.

There's a bunch of other things happening as well, as usual, but hey book blogging is the clean and simple thing I do to enrich my mind and spirit, so let's not talk about that stuff. If you know me IRL, you've already heard enough about it, if you don't know me IRL, well, you don't really give a damn, also why are you here? There are so many things that I can't talk about properly, but ofc I want to talk about not talking about it... so. Yeah.

I'm mostly blogging right now because I feel as though the entire country's either recovering from this HUGE ASS storm, Yolanda, or holding its breath before the storm hits. 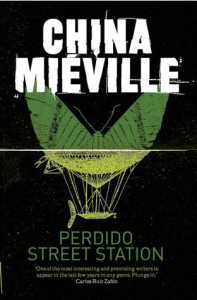 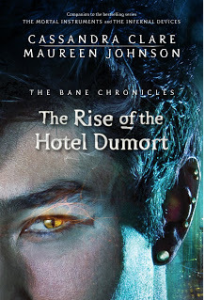 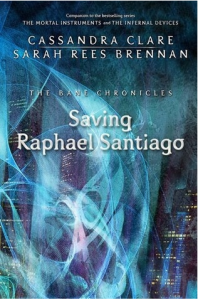 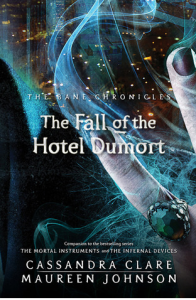 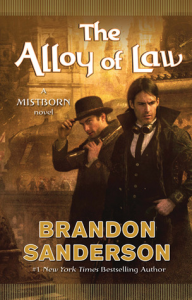 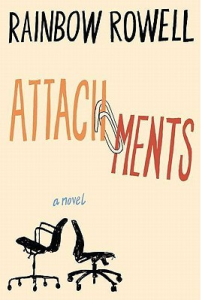 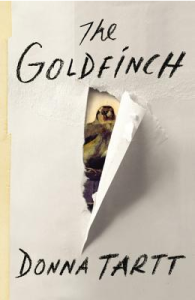 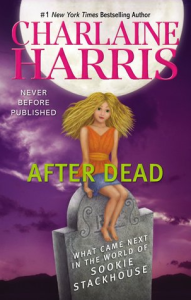 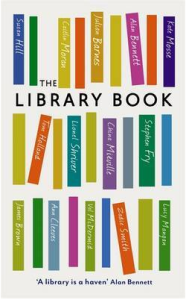 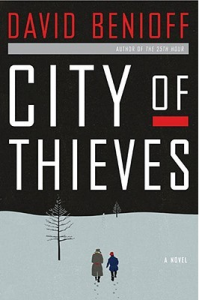 Perdido Street Station by China Mieville was immersive and trippy. I found it a bit purple prose-y in some bits, but over-all, I enjoyed it. A bit squicky in some portions, but definitely a good adventure, and a great introduction to the New Crobuzon series.

The Last Policeman by Ben H. Winters!!! I don't ordinarily enjoy murder mysteries, and I definitely don't seek them out. I started it without any inkling of the plot, and Winters managed to hook me in with the premise: soldiering on despite the fact that a giant asteroid is going to hit the Earth in a few months. I read this pre-apocalyptic murder mystery at a great time as well, when the premise slotted in perfectly with my mindset.

The Alloy of Law by Brandon Sanderson Latest book in the Mistborn series, set three hundred years in the future. Everyone you love has ascended to a higher plane of existence or died, but it's still such an amazing story. Sanderson is really good at establishing the history of I enjoyed it thoroughly even though wow, Sanderson underlines the underlined and re-dots the full stops a lot, but it's probably him just making sure you're fully briefed on the magic system. I was really iffy on the concept of such a large timeskip, but I just have to give up feeling iffy about any and all Sanderson novels. The next one in the series is coming out in 2014, together with the next Stormlight Archive novel, and I will be aching until I get to it.

Attachments by Rainbow Rowell was the first novel by Rainbow Rowell, and the last I'd read. I tried putting it off as much as possible, because now I have to wait with everyone else for the next one, Landline, which is coming out next year. It's a great deal less painful than E&P and Fangirl, but it still has the same nostalgic and sweet feelings that those novels have.

The Goldfinch by Donna Tartt is definitely one of my favorite novels of this year. I spent most of this novel just clutching it to my chest and petting the screen, saying 'there, there' frantically. It could have stood to be a bit sleeker, as the story does meander, but I wouldn't be the one to suggest where to cut it, not when I was cooing and crying over it. Lord. It's made me want to re-read A Secret History, Tartt's first novel, which is said to be even better than this one. UGH.

After Dead by Charlaine Harris is just a sort of encyclopedia of endings, where Harris just tells you about how the characters of her Sookie Stackhouse books end up. It was short, and mostly a relief to read, because CLOSURE.

Hyperbole and a Half by Allie Brosh started out here as a very popular blog/site of Brosh's ramblings and stories of her youth. A few years back she announced that she'd be releasing a book, and kind of disappeared off the Internet due to depression, a subject she eventually discussed on her site. I was really delighted to get my copy of this book because BROSH IS HILARIOUS, and honest, and clever. There are some bits that come directly from her site, but she's managed to balance that out with new content, something I really appreciated.

The Library Book (by Alan Bennett, Rebecca Gray (Foreword), Michael Brooks, Seth Godin, Caitlin Moran, Lionel Shriver, Julie Myerson, Ann Cleeves, Anita Anand, Susan Hill, Bella Bathurst, James Brown, Julian Barnes, Hardeep Singh Kohli, Lucy Mangan, Val McDermid, Stephen Fry, China Miéville, Tom Holland, Bali Rai, Nicky Wire, Zadie Smith, Kate Mosse, Karin Slaughter, and Miranda McKearney) a fairly well-balanced collection of anecdotes and essays about public libraries in response to recent budget cuts. I haunted quite a few libraries when I was younger, so a lot of the stories really stuck with me, and then made me really sad that the Philippines doesn't have ANY KIND OF PUBLIC LIBRARY SYSTEM :c I was lucky that I went to schools with fairly well-stocked libraries, and I shudder to think what my life would be like if I didn't have access to libraries, seeing as I was the child of a young, single parent who had to finish college while I was in grade school. My mum did her best when I was growing up, but libraries filled the gap. And now I am sad.

City of Thieves by David Benioff is a straightforward fast read that I am going to push on any person who wants something fast, good, and interesting. It's set during the Siege of Leningrad, and has made me want to learn more about that time period. If there is anyone who has very little knowledge about history, it is this woman here.
Now reading: 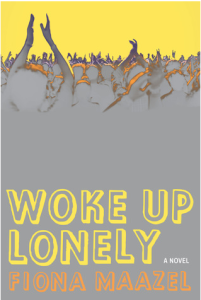 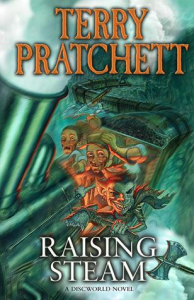 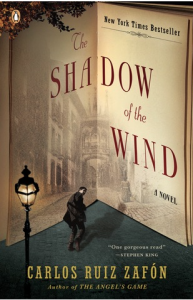 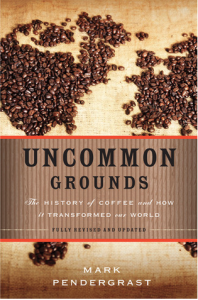 Shadow of the Wind by Carlos Ruiz Zafon and Uncommon Grounds: The History of Coffee and How It Transformed Our World by Mark Pendergrast

Next 20 reads:
1. The Adoration of Jenna Fox by Mary E. Pearson
2. The Interestings by Meg Wolitzer
3. Horus Rising by Dan Abnett
4. Out of the Silent Planet by C. S. Lewis
5. Dead Souls by Nikolai Gogol
6. City of Illusions by Ursula K. Le Guin
7. Sirens of Titan by Kurt Vonnegut
8. Manila Noir edited by Jessica Hagedorn
9. Why Be Happy When You Can Be Normal by Jeanette Winterson
10. The Garden of Evening Mists by Tan Twan Eng
11. Notes From a Small Island by Bill Bryson
12. Jamrach's Menagerie by Carol Birch
13. Catch-22 by Joseph Heller
14. Tam Lin by Pamela Dean
15. Prospero Lost by L. Jagi Lamplighter
16. Elantris by Brandon Sanderson
17. Servant of the Underworld by Aliette Bodard
18. The Scar by China Mieville
19. S by J. J. Abrams and Doug Dorst
20. Parasite by Mira Grant