Still reading The Luminaries by Eleanor Catton. I'd started it last week, but I had to restart it because I became occupied with (finally) finishing The Glass Bead Game and then I realised that whatever I'd read of Luminaries hadn't sunk in as deeply as it ought to have. But now that I'm giving it the proper attention it deserves, I'm pretty blown away by the style of the prose! Catton has pretty interesting turns of phrase that can really grip your imagination quite tightly. So that's going along very well, even though I'm only in the beginning.

Since I haven't finished Luminaries, Tregillis and Chesterton are still my next reads, however Kam and I will finally be returning to Rose's translation of the unabridged Les Misérables next, next week, after a YEAR's hiatus. :)) So that means I'm reviving my Les Brick tag. Yay? 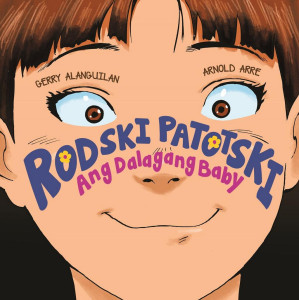 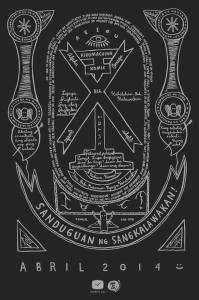 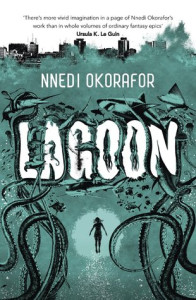 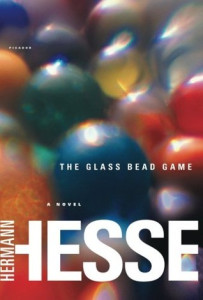 Rodski Patotski by Gerry Alanguilan and Arnold Arre was one of the comics that I picked up at Komikon a few weeks ago. I'd been looking forward to it since Alanguilan tweeted about it. I've been an avid fan of both Alanguilan and Arre for a few years now, so finding out that they'd collaborated on a book kind of blew my mind. :)) The comic itself is a standalone, a fact that I was pretty grateful for, and is shorter than I wanted it to be. It's set in an mildly alternate Philippines, and is this delicious intersection of magical realism and sci-fi. The art and writing are perfectly complementary to my eye, and while I could have done with a longer amount of time to get attached to the characters and the world, this book hits the spot. I really hope that they'll collaborate again, and soon.

Kikomachine Komiks X: Sanduguan ng Sangkalawakan by Manix Abrera is a fucking jewel of a book. I don't know if Manix Abrera's sold his soul to higher powers, but his preternaturally incisive humour is a blessing to us all. I probably sound ridiculous, but I do not care. I was especially pleased to read that he's releasing a second volume of silent comics in November, so more Manix for us all.

Lagoon by Nnedi Okorafor was a welcome surprise. I'd been waiting for a new release from her since I'd read Akata Witch in 2012, and I'd somehow missed that Lagoon was coming out until I saw a tweet about it. Personally, I know next to nothing about Lagos, Nigeria, so I was very impressed with how Okorafor manages to discuss Nigeria's socio-cultural structures through using a sci-fi/fantasy structure and make it relatable and familiar. I really enjoy science fiction and fantasy that doesn't exist solely to showcase a cool idea or setting, stories that are grounded in humanity, and I definitely think that Lagoon is one of those stories. There were some interesting details that I wanted to be slightly more developed but I think I'm being greedy already.

The Glass Bead Game by Hermann Hesse took me two months to finish, reading half a chapter every so often before needing to decompress. I read about eight chapters in those two months, and then absolutely devoured the last three chapters and appendices in two hours. It's written as the fictional biography of an equally fictional character, Joseph Knecht and it took me forever because damn, the fictional author's prose is dry as hell. It's very compelling stuff, though, when you take it as a whole, and it was kind of engaging in its own way, but only barely. And then I hit chapter 8 and started tearing up a bit because the shit was hitting the fan and the whole conceit of it being biography was suddenly so very effective. I am honestly kind of heartbroken over the fact that Knecht is so very fictional FAUGH. It helps that we finally get to properly read Joseph Knecht's own words in the latter chapters instead of being told all about his achievements. I'm really looking forward to reading more of Hesse's work in the future.

Next 20 Reads:
1. S by J. J. Abrams and Doug Dorst
2. Tell the Wolves I'm Home by Carol Rifka Brunt
3. The Panopticon by Jenni Fagan
4. Countdown City by Ben Winters
5. Adaptation by Malinda Lo
6. The Flight of the Eisenstein by James Swallow
7. Iron Council by China Mieville
8. A Highly Unlikely Scenario -or, a Neetsa Pizza Employee's Guide to Saving the World by Rachel Cantor
9. Starship Troopers by Robert Heinlein
10. The Sweetness at the Bottom of the Pie by Alan Bradley
11. A Farewell to Arms by Ernest Hemmingway
12. A Tale for the Time Being by Ruth Ozeki
13. Lighthousekeeping by Jeanette Winterson
14. Mr. Fox by Helen Oyeyemi
15. Off to be the Wizard by Scott Meyer
16. Marina by Carlos Ruiz Zafon
17. Fortune's Pawn by Rachel Bach
18. The Witch Queen by Jan Siegl
19. Sous Chef by Michael Gibney
20. Dancer by Colum McCann
Tags: books
Subscribe