So it's been a relatively busy week, one of those good yet tiring ones. One of my co-workers is at a conference abroad, so I'm taking over his classes. It's pretty fun even though it's a bit tiring because I've got a 32-unit load until this week at least, but I'm learning a lot and feeling great about it so there's no contest really. In addition to the extra work, I'm afraid that I didn't emerge unscathed from duckpocalypse. :)) 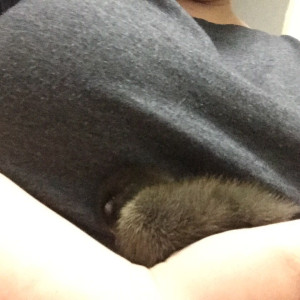 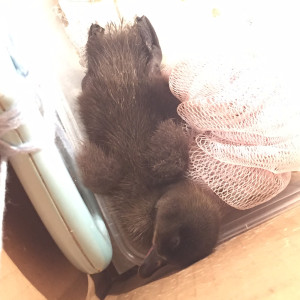 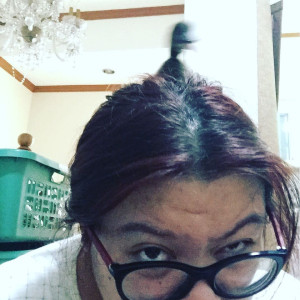 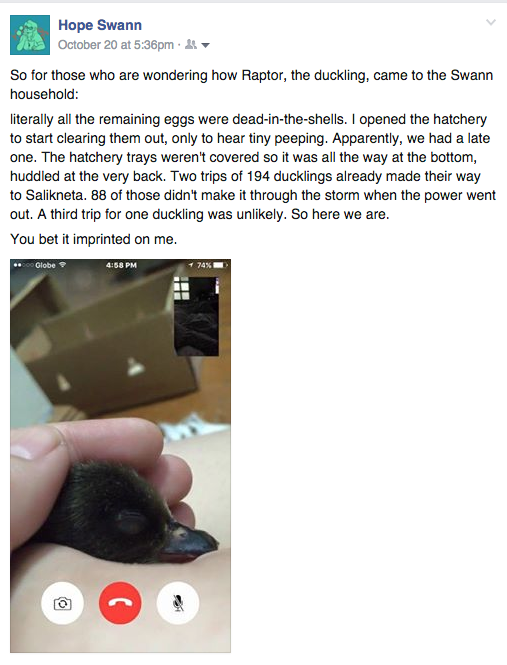 So, yeah that happened. It's currently its sixth day over here, and it's likely around that age as well, +3-12 hours. It's a lonely little fella, so I've given it a mirror and a loofah so that it won't feel as bad. Lone ducklings tend to not do so well, languishing until they die, but Raptor seems to be a plucky duck, very inquisitive and enthusiastic. I have no idea if it's going to make it past brooding (I've got another two-three weeks) but I'm already looking for a permanent forever home for it just in case. I have to admit that I'm getting attached, but I really can't commit to having a duck. It wouldn't be fair to make it live a lonely life when ducks are herd animals, nor is it fair to let it stay with my dogs. I'm not sure who'd come up worse for wear between duck or dogs, but I'm not interested in finding out (TRIAL BY COMBAT, DUCK VERSUS DOGS, WILL THE DUCK GET CLOBBERED OR THE DOG BE THRASHED???).

If you're curious, I think that Raptor's a Cayuga duck! This is based on all that I've read on the duck and chicken fora on the Internet, so your mileage may vary. I've had to read so much this past week about raising ducklings! I have no idea what the sex is, as I am not brave enough to vent-sex Raptor and potentially main it, but I'm hoping for a female because it'll be much easier to pawn it off on someone if it lays eggs. Sighs.

The good news out of all this is that I've finally started being able to get rid of old scratch paper, i.e., exam questionnaires, as Raptor goes through quite a lot of brooder box linings. :)))

Another good thing! Mae's back in the Philippines for a few weeks :'D! 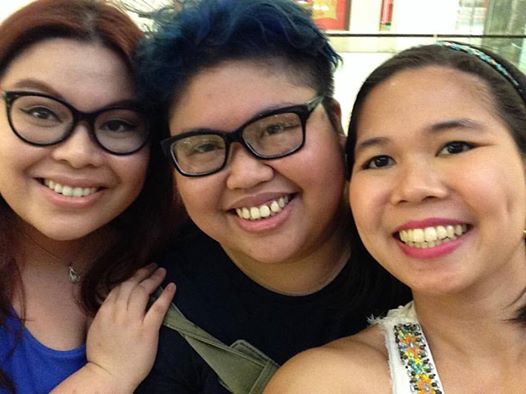 Kam and I got to see them yesterday. It was pretty awesome, as I haven't actually seen them since I was fifteen! It's kind of cool that most of our friendship has been spent apart but it still works really well. Of course I'd much rather have them in the same country, but we can't have everything. We went to Fully Booked, then moseyed on down to TWG and spent a lot of time catching up, talking about games, and maybe scandalising the waitstaff.

Dragged Mae with me to saGuijo, as their hotel was in the same street anyway. Jumon, Josh, Jane, I've just realised all of them have J-names, Mae, and I caught The Ransom Collective's Second Anniversary Gig. I really liked the setlist: Tandems 91', Oh, Flamingo!, Ourselves the Elves, Reese Lansangan, and of course, The Ransom Collective themselves. Tandems 91' sampled 'Hohoemi no Bakudan' in their first song, and Mae and I exchanged a pretty happy laugh because a huge chunk of our friendship's foundation (the bit that wasn't Star Wars anyway) involved me dragging them headfirst into the YYH fandom. Their other songs sampled a Gary V classic, Pare Ko, and Manila! and I couldn't help but joke that the Tandem set was just perfect for Mae's homecoming.

Recorded a bunch of clips from the entire gig, subjecting friends to obnoxious and grainy voice messages on FB. But I'm pretty glad that I got a near-complete recording of TRC's new song, Tide. It's was pretty brill. 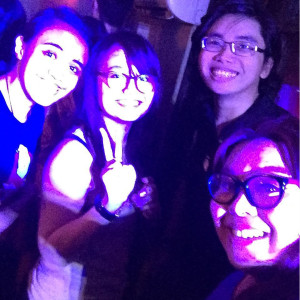 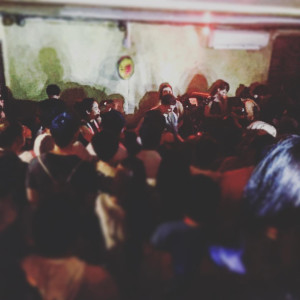 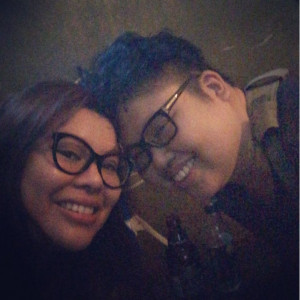 Today's been relatively quiet, if you discount the urgent peeping from an impatient Raptor, as I'm trying to gear up again for another 730AM class tomorrow. But look at what Kam got me as a belated birthday gift: 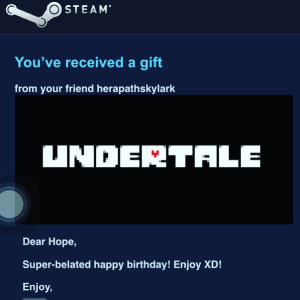 AHHHH. I got to start a bit of it a while ago, but had to stop to attend to the duck, check some papers, write this blog entry, etc. I'm really digging what I've seen of it so far, and I'm hoping to get more into it next weekened, or whenever I can scrounge up the time this week. This is me, willfully ignoring my game backlog.

Speaking of backlogs, due to how busy things've been, I've only been able to read one book this week! AH. 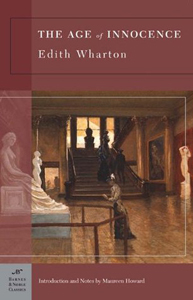 The Age of Innocence by Edith Wharton made me scream a lot. Mostly under my breath. If you were on Taft at any point this week, and you heard a whistling kettle sound yet you couldn't identify where it was coming from, that was probably me reading this novel. I got invested fairly quickly despite disliking the protagonist nearly on sight, and not actually feeling any actual attachment to any of the other characters. This novel's all about interactions, and I really enjoyed how subtle and yet incisive those interactions were. The language was so cutting, that I couldn't help but clutch at pearls that weren't there :)) The world itself, late 19th century upperclass New York, was as foreign and distant as any alien land I've read of, and I felt thoroughly immersed to the point of literary suffocation. Had to call friends to gush about it, it was so immersive.
Now Reading: 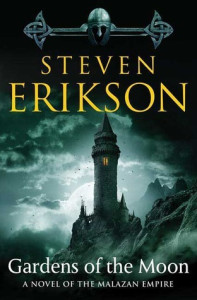 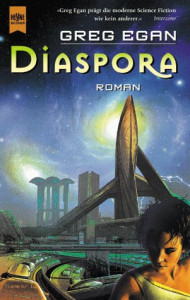 Gardens of the Moon (The Malazan Book of the Fallen #1) by Steven Erikson
Diaspora by Greg Egan
Next 20 Reads:
1. Abarat: Days of Magic Nights of War (Abarat #2) by Clive Barker
2. Briar Rose by Jane Yolen
3. Genocide of One by Kazuaki Takano
4. The Man Who Knew Too Much by G. K. Chesterton
5. Lives in Ruins: Archaeologists and the Seductive Lure of Human Rubble by Marilyn Johnson
6. The Man Who Mistook His Wife for a Hat by Oliver Sacks
7. Cloud and Ashes: Three Winter's Tales by Greer Gilman
8. She of the Mountains by Vivek Shraya
9. Atonement by Ian McEwan
10. Sans Moi by Marie Despleschin
11. The Angel's Game (The Cemetery of Forgotten Books #2) by Carlos Ruiz Zafón
12. The Sparrow by Mary Doria Russell
13. The City and the City by China Mieville
14. Rose Daughter by Robin McKinley
15. Brothers Karamazov by Fyodor Dostoevsky
16. A Canticle for Leibowitz by Walter M. Miller Jr.
17. Life During Wartime by Lucius Shepard
18. In the Heart of the Sea: The Tragedy of the Whaleship Essex by Nathaniel Philbrick
19. Thank You, Jeeves by P.G. Wodehouse
20. Descent of Angels (The Horus Heresy #5) by Mitchel Scanlon
Subscribe