One more post squeaking in under the wire! Didn't think I'd make it but here I am, at nearly five in the morning, finishing this up. I'll be posting my wrap-up post, reading log numbers, and stats in the next few days (if things go well). I hope you all have a safe New Year's Eve and Day. See you soon! 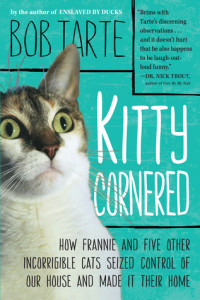 Kitty Cornered: How Frannie and Five Other Incorrigible Cats Seized Control of Our House and Made it Their Home by Bob Tarte
The Subtitle Says It All

So I did pause a bit before reading this, but it's not so evident because I posted my backlog entry nine days after I finished Fowl Weather, and I meant to pick it up in the new year, but my duck got sick and I desperately needed some Tarte wisdom in my life. It would be impossible to think that this book would be focused on birds, but I read it anyway after the first harrowing twenty-four hours after Raptor got sick. Since I've had to feed her every two hours, and make sure she eats, I snuck in bits of this book (and others) while doing that. Kitty Cornered is just as humourous as Tarte's other books, but I found myself totally nonplussed by his cats' behaviour as I have never had a cat, having been a serious dog person all my life. Having read this, I think I shall remain a dog person and rely on books and my friends' anecdotes to inform my opinion on cats. 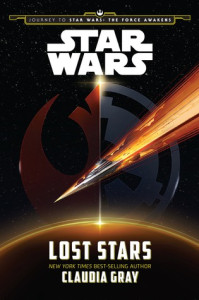 I've gone and pushed this onto every person I know who's even remotely interested in Star Wars (to positive and entertaining results. Mostly it's been a lot of "OH NO. OH NOOOOO."). It's been spoken of as possibly the best look we've got right now of that swathe of time between the original trilogy and the sequels, so I picked it up. Not only does it provide us with a glimpse at that time period, but we get it from the POV of people who loyally serve the Empire! I really dug this a lot, even though I was a bit worried about it being a YA book, as Gray's main characters and their relationship are fleshed out pretty decently (this is kind of an understatement so as to avoid spoilers, but let me tell you that I so rarely feel any kilig when I read YA books but THIS GOT ME, even though it was slightly tropey) and the world-building is minimalist but good enough to carry this long-ranging story. A chunk of it is actually kind of horrifying in context, and I really enjoyed how the characters responded to the incidents of the original trilogy and the little glimpses we got of how the Empire spun the post-prequel propaganda. I don't think they'd have been able to get so much story in if the writer hadn't been able to make such a readable pair of characters, with such a good history together. I just can't believe that it finished on such an open-ended note? It worked well, but my frail human heart needed more. I don't think that a sequel is planned for this, and I can see some logistical problems that would ensue as it ended before Episode VII did and Gray wouldn't be able to make the pacing consistent between this novel and any sequel without bumping into possible spoilers for the unreleased films. 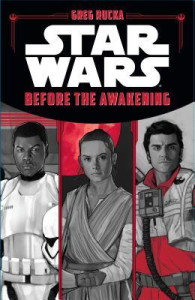 Star Wars: Before the Awakening by Greg Rucka, Illustrated by Phil Noto
Three Stories About Finn, Rey, and Poe

So, at the time of writing this post, I've watched The Force Awakens thrice, in 2D, 4DX, and 3D IMAX. Like most of the people I know who've seen this film, I enjoyed it, plot holes and all, even if it was like 65% nostalgia porn and callbacks, and 35% new material. That 35% made the the 65% feel less overbearing and fan servicey because they wrote three precious new characters to helm their new trilogy, and cast great actors to portray them. I really can't get into it because the entire 'net is leery of spoilers, and will probably remain leery until TFA is phased out of theaters... probably in March at the rate things are going, but I really have gotten attached to the new main cast they've given us and I, like most everyone who's seen the movies, am totally thirsty for more content about them and their backstories. Thankfully this book exists, even though it's hella short: one short story per character. Rucka is one of my favourite comic writers but this is the first time I've picked up any of his prose (and not the last, because his prose is pretty good and I refuse to miss out on it any longer) so I wasn't sure about what I'd be getting when I read it. I'm a bit disappointed that it's such a short volume, because the thirst for backstory is so very real, but the stories are self-contained enough that it really just adds to the experience of TFA. A definite must-read for those who can't wait to see more content and character development. 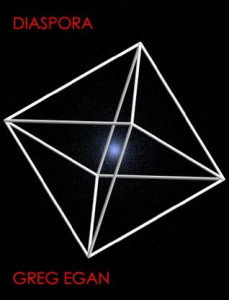 Diaspora by Greg Egan
Human Intelligences Journey to Save Humanity

Took me a few weeks to get through Diaspora because hard sci-fi doesn't really mesh well with the holiday season, both in tone and in the amount of concentration you'll need to put in to understand the bits of theoretical physics liberally spread throughout this book. I had to stop many times and actually actively imagine the things being discussed in the story, as opposed to the passive visualisation that usually occurs when I read other books. The last time my brain got such a work-out I was reading Liu's The Three-Body Problem on a moving vehicle. Faye recommended this book to me after she recovered from it blowing her brains out, and I was glad to report back that my mind was similarly destroyed. It probably didn't take much after Diaspora had ground it into a happy pudding with all that active visualisation. If you're in the market for a story about space AND interdimensional travel, and discussions of self but really light on character interaction and relationships, you could give this a whack. 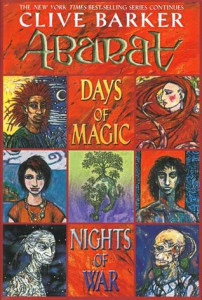 I finished reading the first volume of Abarat roughly a year ago but I wasn't sufficiently moved by it to pick up the second volume immediately, so I stuck it on my Next 20s and figured I'd get to it when I'd get to it. So when Days of Magic Nights of War rolled around, I got into it hoping that all the problems I'd had with the first book would be addressed and corrected in this one. Well, my hopes were answered, because this book totally fulfilled the promise of the first one! We get rewarded with PLOT but we still get a lot of that intensive world building we got in volume one. Moving on to the next book as soon as New Year's Eve and Day passes, or if I can sneak it in between all the things that are happening IRL. Barker's really built a really detailed and beautifully-embroidered series and I hope that the last book wraps it all up neatly without sacrificing that. 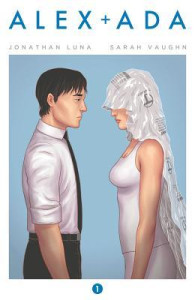 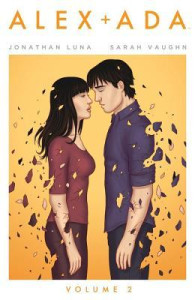 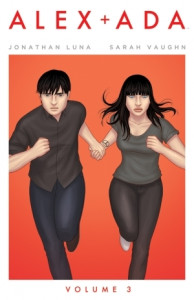 I finished all three volumes in quick succession because it's a relatively simple story paced very quickly. It probably only seems simple because Luna chooses an intimate smaller-scale way of discussing a bigger idea, a future where humanity has to deal the existence of sentient AIs and the complications that come from that, but viewed from the relationship between a man and his companion-bot. It's a lot more respectful than it sounds, and Luna and Vaughn manage to skirt around any tropes and disgustingness when sexbots come to mind, and focus entirely on the emotional aspect of the entire issue. The only disappointing thing about it is that the small POV also allows the writer to gloss over the resolution of most of the conflicts, and conveniently, gets to just inform the reader and character of events as opposed to seeing them unfold. I could've done with a few issues where we pulled back to experience the bigger picture, but all in all, good read. 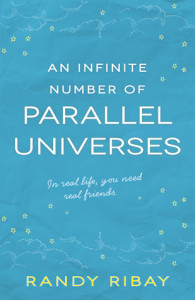 I had no expectations for this book and I was still disappointed by it. Selling point would be that the characters are diverse, but the flipside is that you really don't care for any of them by the end of the book. A lot of their conflict seems paint-by-numbers, and they all don't have any chemistry that would make you want to invest in them or their story. I kept reading on, hoping that it would turn around, but it never did. I really wanted to like it. 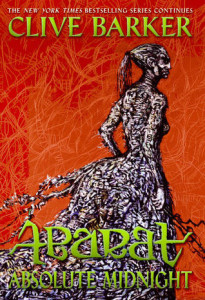 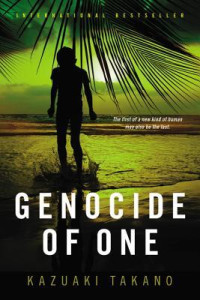 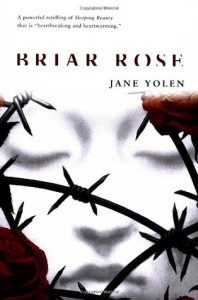 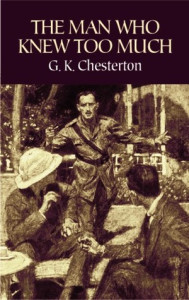 Genocide of One by Kazuaki Takano
The Man Who Knew Too Much by G. K. Chesterton

1. Lives in Ruins: Archaeologists and the Seductive Lure of Human Rubble by Marilyn Johnson
2. The Man Who Mistook His Wife For A Hat by Oliver Sacks
3. Cloud and Ashes: Three Winter's Tales by Greer Gilman
4. She of the Mountains by Vivek Shraya
5. Atonement by Ian McEwan
6. Sans Moi by Marie Despleschin
7. The Angel's Game (The Cemetery of Forgotten Books #2) by Carlos Ruiz Zafon
8. The Sparrow by Mary Doria Russell
9. The City and the City by China Mieville
10. Rose Daughter by Robin McKinley
11. Brothers Karamazov by Fyodor Dostoevsky
12. A Canticle for Leibowitz by Walter M. Miller Jr.
13. Life During Wartime by Lucius Shepard
14. In the Heart of the Sea: The Tragedy of the Whaleship Essex by Nathaniel Philbrick
15. Thank You, Jeeves by P.G. Wodehouse
16. Descent of Angels (The Horus Heresy #5) by Mitchel Scanlon
17. Kindred by Octavia Butler
18. The Guernsey Literary and Potato Peel Society by Mary Ann Schaffer and Annie Barrows
19. The Namesake by Jhumpa Lahiri
20. The Player of Games (Culture #2) by Iain M. Banks