[Books & Life: How you're gonna make it through till the morning sun]

So a year can slip by really quickly, huh. I had several drafts typed up but none of them really made it online.

One of them says,

I finished calculating my grades two hours ago, and I've got a few hours before I can submit them online, so I figure that I'm finally in the free and clear and I can slack off with no guilt. Quite a lot of things have happened in the intervening months, but things have all somehow come to a head in the past two weeks. Finals and its affiliated microterrors... a fractured ankle, assorted emotional drama... things may be busy, and they are never boring.

And... things have definitely changed since I even wrote this, which was around June? or August? And yeah, I had a fractured ankle, gotten diagnosed with bipolar depression in addition to the major depression I've had, stopped teaching because I started my PhD in Biology ( :O ), accidentally struck a match that inspired a social media activism movement, finished my first term as a PhD student, and potatoskins, that's just the stuff that I've actively been involved in.

Shit's gone down in my country,

(Everyone on my Facebook, friends or not, has gotten their fill of what I've been writing there. So I'm not going to talk about that on my personal book blog :P)

and throughout the whole world.

It's been a weirder year than usual, and much better people have written about the times and how they've been a-changin'.

I'll be doing a few book posts in the next week or so. Nothing comprehensive, even though I haven't read as much as I usually would have (mostly because of PhD stuff. If journal articles were part of Goodreads challenges that would be a completely different story). That 100 book Goodreads Challenge I assigned myself was exactly what I could manage after all, since my standing's at 103 as of December 18.

But I'll end with what I'm Reading Now: 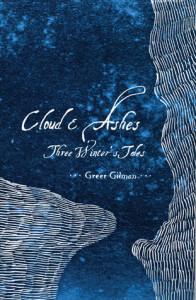 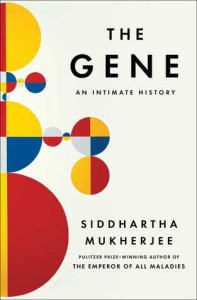 1. Atonement by Ian McEwan
2. Sans Moi by Marie Despleschin
3. The Angel's Game (The Cemetery of Forgotten Books #2) by Carlos Ruiz Zafon
4. The Sparrow by Mary Doria Russell
5. The City and the City by China Mieville
6. Rose Daughter by Robin McKinley
7. Brothers Karamazov by Fyodor Dostoevsky
8. A Canticle for Leibowitz by Walter M. Miller Jr.
9. Life During Wartime by Lucius Shepard
10. In the Heart of the Sea: The Tragedy of the Whaleship Essex by Nathaniel Philbrick
11. Thank You, Jeeves by P.G. Wodehouse
12. Descent of Angels (The Horus Heresy #5) by Mitchel Scanlon
13. Kindred by Octavia Butler
14. The Guernsey Literary and Potato Peel Society by Mary Ann Schaffer and Annie Barrows
15. The Namesake by Jhumpa Lahiri
16. The Player of Games (Culture #2) by Iain M. Banks
17. Deadhouse Gates (Malazan Book of the Fallen #2) by Steven Erikson
18. Arslan by M. J. Engh
19. Pavane by Keith Roberts
20. Finishing the Hat by Stephen Sondheim
Tags: books, life
Subscribe