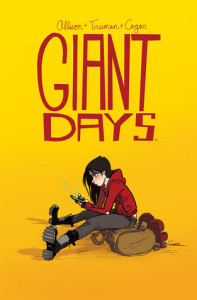 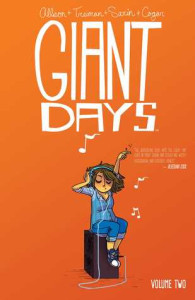 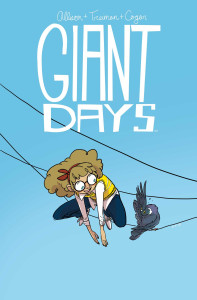 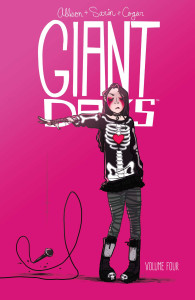 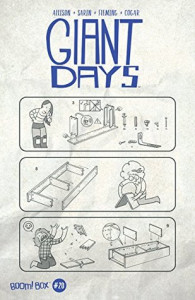 Giant Days Vol. 1-5 by John Allison and Max Sarin, Firstly, the last image isn't really the cover of the fifth volume, which is composed of issues 17-20, as it hasn't been released yet and a cover hasn't been announced. I've read the floppies 17-20 though, so I'm considering it another volume that I've read. I really didn't progress past the first few issues because of everything that happened in 2015, but I needed something to cleanse my palate after the first short story in Cloud & Ashes, and it was at hand. Giant Days was something I picked up because the covers caught my eye while I was browsing. The covers of the floppies are really fun to look at! The interior art is really fun as well, dynamic, nicely-coloured, and interestingly styled. It's a slice of life comic about three girls at university in the UK, and it's really fun AND funny, and I really like how the characters were designed and how well they've been developed over the course of the series. If you want something light, just a touch surreal, and very funny, I recommend that you check this out. I'm feeling a little bitin, so I've started reading John Allison's other work, Bad Machinery, which has quite a lot of volumes done. 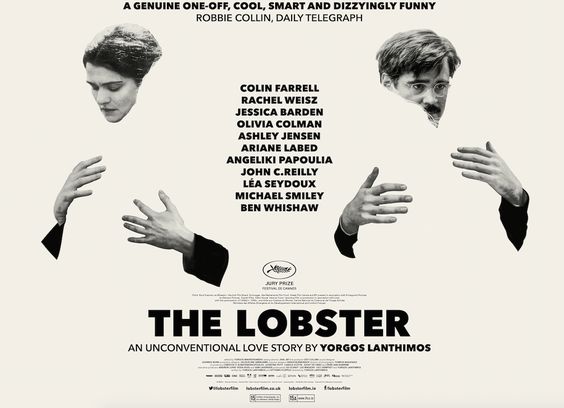 It took me two viewings to finish watching The Lobster. I made the mistake of starting it a 1 AM and it got just a bit too dark for my tiny heart, so I had to stop and continue it two days later. I loved it so much though, from the visuals to the storyline, to the characters. The score is also amazing, bless me, I'm listening to it right now as I type this. I had mistakenly assumed that it would be a funny, surreal film. That assumption was really wrong! I don't watch films often, usually popular movies in the theater, or spec fic films from various franchises, but this might be the one to actually make me want to watch other things. I am really attached, like I might actually sit down and write quotes from this movie in my journal :)))) wow.

I'm still reading Cloud & Ashes by Greer Gilman, but I think that it's beginning to pique my interest. The language was a bit of a hindrance in the first part, but now that I'm used to it it's moving by a lot faster. I actually made a tracker in my bullet journal to help me get through it, and that did help me gain some traction on the story. It might take me a few weeks to finish reading it, so I'll just post the Now Reading/Next 20s read when I do that.

Not a lot else read this week as I've been editing a paper with my former advisor from my MSc. Actually, she's my advisor again, for one of my special problems courses. I'm taking two this term, and another, more general research presentation course, and I'm really excited as one continues my less-than-stellar research from last term in Laguna, and the other is completely new. So I'm back to the RRL grind for the new topic, so I don't foresee myself getting a lot of reading done. The break is well and truly over, in case I was in denial about it.

I'll probably blog again next week, more to keep my hand in than anything else, but about my adventures in (messy) bullet journalling.
Tags: books, life, movies
Subscribe