Last day of January, and I feel as though I should be saying that I barely felt it, that it zipped by faster than I could notice, but MAN, no, I felt every single day of that. It felt almost Princess and the Pea-esque, where each day was a mattress and people're like, hey you still feel all the BS that's occluding your whole life, like they think each day is disconnected from the previous one, like we're supposed to start each day like it's a sitcom episode. But nah, not to belabour the metaphor, but I feel as though it is reversed instead, like the mattresses, the days, are piling on me and suffocating me. In a good way, probably. Bit dark, but I'm trying to write a bit more about myself, the way I used to, and not just about books. Let's see how that works out.

Last week I managed to do a bunch of science-y writing and research and I'm hoping good things will result from that. As usual I can't go into specifics, but I am done with being afraid of jinxing things. I'm supposed to not be superstitious, and thinking of jinxing things will also just aggravate my already prodigious anxiety. I've gotta continue working hard and owning myself and the fruits of my labour or I never will.

Mum and I also had to pack up a bunch of the stuff in our house because we're going to be spraying for termites and fixing the damage. I promised my adviser that I'd try to snag a bunch of good samples for the invertebrate lab because decades of biology students shaking specimen bottles in utter confusion have had bad effects on Termes specimen integrity. :))) I packed up four boxes of non-essential and older books for storage, and other household items, and we separated a lot of good stuff for donation. I'm trying to transition to only e-copies, but I can't quite seem to convince myself that I don't need all these books that I love

Pretty productive, so I wasn't able to blog over the weekend. Meant to start this self-improvement thing where I'm (finally) trying to teach myself classical Latin because I've found that my brain seems to be hitting a learning plateau. I'm trying to stretch it out before it calcifies that way. But Sunday was taken up by something more pleasurable, but just as educational.

I know that a lot of us have probably kept track of the MMFF 2016 drama. For the first time in ages, the MMFF roster was mostly filled with films that weren't backed by big studios, i.e. an ill-advised film that capitalises on its protagonists otherness for laughs or the fifteenth sequel in a franchise, and the resulting kerfuffle could have been its own film. On my end of the social network spectrum, on the far margins of the indie Philippine creative scene, I got to read a lot of interesting essays about elitism, capitalism, indie vs. big business, the historical place of film fests! so on and so forth. And a lot of laugh out loud petty twitter commentary, of course. Filipinos are getting really good at pithy, read: short and snide, online commentary. We kibitz like we're being paid to do it.

Due to the drama, a lot of people found it difficult to coordinate their holiday plans with the fluctuating schedules of the cinemas. I was really only able to catch Saving Sally, and that was already on January 1. I was really upset about missing Die Beautiful, Oro, and Sunday Beauty Queen. I knew I was too chickenshit to watch Seklusyon, which so many of my hardier friends got to see and warned me against, I hadn't seen the first Ang Babae sa Septic Tank, and the rest just didn't seem like my thing.

So I was really jazzed to find out that Fully Booked in High Street was doing small screenings of three of the MMFF 2016 films, and Valor. 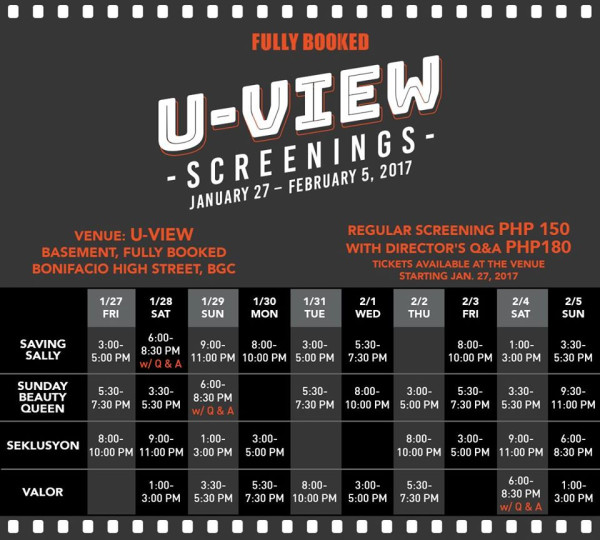 I asked my friend, Sian, to come with me last Sunday to catch Sunday Beauty Queen. The cool thing about the particular screening we caught was that it had a Q&A session with the Director, Baby Ruth Villarama, and a surprise guest: Mylene, one of the protagonists of the documentary. Here's a Rappler article that discusses the film better than I can right now [link]. 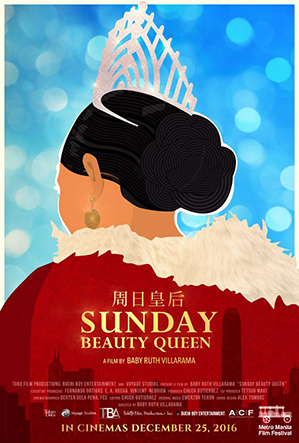 Fig 2. Sunday Beauty Queen official poster.
Sian and I really, really loved this film. I loved it so much that I think it should be required viewing for high school kids. There's a lot to unpack when you watch it, of course, because it deals with so many complex themes and emotions, and I'm so glad to have experienced it. I was also really pleased that they didn't misgender one of their queer protagonists. The Q&A was really informative as well, since Mylene and the director were able to tell us about the effects their film has had on the, I hesitate to use this word, plight of OFWs in Hong Kong, and how hard they've been working to bring this film to other, more provincial parts of the Philippines where their protagonists are actually from so that their families can see them. They also told us about their personal experience with the MMFF drama I mentioned above, as well as some truly shocking information about MMFF fees in comparison to bigger film fests abroad. They did so much to make this film, and they're doing so much work beyond it. It was also really staggering to hear how being in the film has affected Mylene's pereception of her value of a human being, and how the pageants themselves allowed them to feel human in a place where they have to swallow so much and become as small as possible.

I know a lot of people like to call OFWs heroes, but I feel as though calling them that evokes this image of them proudly working and fighting for their motherland in a really romantic way. It's as though we glorify the idea of being an OFW so that we can forget that these people are being dehumanised and sacrificed in other countries, and we can also forget that some (SOME!) middle and upper class Filipinos pretty much make lower income Filipinos live like that in their own country by keeping house helpers in terrible conditions. They make heroic sacrifices for their families, but it is such a shame that people capable of such strength and selflessness have to live this way just for the sake of survival, that they are not allowed to dedicate themselves to truly living their lives and to achieving things. Call me a soft idealist, but there's so much evil going on in the world, and we need to find a way to live without stepping on the backs of the disenfranchised and grinding them into the dirt. I'm so proud of the cast of Sunday Beauty Queen for allowing themselves to be filmed and of the production staff for pushing the advocacy as far as they can go.

SORRY, SO MANY FEELINGS. I'm stopping myself now before I start pointing fingers as well as putting myself on the torture rack of privileged guilt. Gotta do shit and not get eaten by the system.

I could do a clever segue here but I can't be assed to do it, so please just deal.

Didn't get to read much this week, but I'm almost done with Clouds and Ashes and I'm so in love with it! Totally worth the first few weeks of confusion. Will write about that in my next blog. Since tomorrow's the 31st, it'll be a good time for me to also do that Bullet Journal blog entry since January'll be complete. It'll likely be a giant post if I can get to it, whoops. Might chop it up if it gets too unruly. Blogging, like classical Latin and bullet journalling, is really some self-improvement mindfulness junk that I'm trying to use to give my (currently) protean life more structure. Throwing some scaffolding in. Some microtubules, some microfilaments. Nothing big. ( :)))))) ): 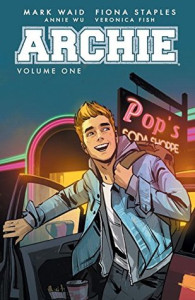 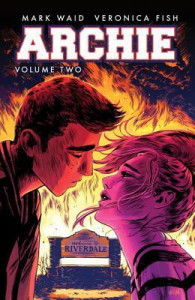 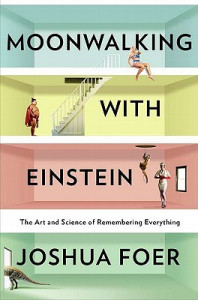 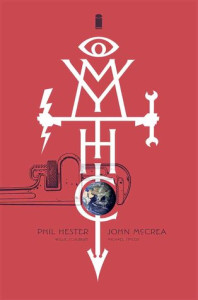 Archie, Volume One and Two by Mark Waid, Fiona Staples, Veronica Fish, and Annie Wu I forgot to put this in my last blog post! I'd read the first four issues of the new Archie comic, but I only caught up lately when I saw that the CW's new show Riverdale was coming out soon. I haven't watched it, but I've seen some buzz that these Archie reboots couldn't be more different from each other. And since I love this new version of Archie with a burning passion, I can only hope that it's this good, but in a different way. The thing that really attracted me to the Archie reboot was Fiona Staples, whose art I am totally in love with in Saga. I was wondering how Staples' art would translate to the tinier world of Riverdale, and it was GREAT. I was a bit put-out when Fish came on as the main artist in Volume Two but I think she acquits herself well! I really think that this is the kind of reboot we need more of: one that upholds the feel and values of our old favourites and understands why the original is a classic without pandering to nostalgia. I'm also following Jughead with Chip Zdarsky (who can do no wrong) and it's also pretty damn awesome.

Moonwalking with Einstein: The Art and Science of Remembering Everything by Joshua Foer was recommended to me by my friend Josh. He sold it pretty well, too. He told me that because of reading this book he was able to learn a memory technique that allowed him to remember one of the character's shopping list. He then rattled the entire thing off the top of his head, weeks after he read it. I was impressed :)) because I like gimmicky shit like that. Now that I've read it, I can do the same thing, more or less: bottle of picked garlic, cottage cheese, salmon (peat-smoked), six bottles of white wine, three pairs of socks, three hula hoops (spare), a snorkel mask, some dry ice, email Sophia... and I typed that all out with as little effort as one would use to change the channel on TV. Amazing. I thought the entire thing would be just memorisation tricks and a little history, but Foer uses his own experience training for and competing in the U.S.A. Memory Championships to glue everything together. It's a more personal story, with a saltier and less objective voice than I would have expected, but I learned a lot from it, almost to the point of discomfort, considering it's a relatively slim book.

Mythic, Volume One by Phil Hester and John McCrea was a chance encounter. I saw it on display in a bookstore and was curious about its cover. I thought it would be something like Promethea, but it's really nothing like it, whoops. Mythic has a really cool premise and some really clever bits, like it's 87% clever bits, but I feel as though the story needed more room to breathe. I'm actually surprised that Hester and McCrea managed to pin everything down in only eight issues, but while they got everything down plot and story-wise, we really needed just a little more from the characters for it to be really amazing. It is pretty good though, good enough that I am concerned with the fact that there isn't an announcement for a ninth issue or a second volume. At all. :C Oh well.