Slim pickings for reading last week. I spent the 8th to 10th at this amazing lecture series on ecotoxicology by a visiting professor, so my brain was subsumed into stuffing my mind full of that. Everything else fell by the wayside, but I did get to do pretty well in Latin, finishing up to seven lessons, but haven't studied since Saturday. :[ oops

Mum, Sunshine, and I got to watch the Philippine Madrigals at a concert in Ayala Museum last Thursday, so that was my dose of culture for that week. :)) It was beautiful, and I should probaby go about finding all their CDs when I've got a spare moment to use it as my vehicle of procrastination. 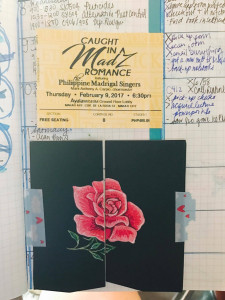 Fig 1. The ticket for the Philippine Madrigals, and the pretty flaps from the Valetine Breakfast tea from TWG.
It's Valentine's week now, because let's be honest, all of that luuurrrrve can't be contained in a single day. I'm sailing on the background radiation of everyone's affection and I've found that it's put me in quite a romantic spirit, so I'm listening to this really BALLER PLAYLIST of Rachmanimoff's complete works on Spotify as I drink a rose milk latté and flip through torrid fan fiction. I should be writing something relevant to my doctorate, but I am letting my brain decompress. I spent the last 48 hours in a sickening anxiety spiral because of my studies, but I've come out of it with a tentatively positive attitude. My psych took out my evening sedative so that helps. Something really cool happened on Monday afternoon as well, but I'm waiting for things to develop there. I got a compliment I could dine on for years, and the possible promise of something based on that compliment. *finger crossed*

I'm going to be attending a lunch meeting about Feminism tomorrow in QC, so I'm really excited to meet new people and get some of the Good Work done. My cousin, Leanne, is coming down from Tagaytay and spending the night! We're also going to hit the ArtFair with Josh, which is opening tomorrow until Sunday, in the afternoon, and that'll be my hit of culture for this week.

Still reading Atonement, which I've had to sideline because it is way too heavy for my already anxious ass, but I'm hoping to get back to it as soon as my mental mood lightens. I've been unable to find a copy of Sans Moi, but I'm going to try bugging M about it as he's the one who recommended it to me. Mum and I have been lain low AGAIN by a cold we seem to have caught in Makati Med, but I'm hoping to throw it off ASAP.
I just want to take the moment to show off my laptop case, which I have washi-ed within an inch of its life and slapped a Hamilton sticker from Fandom Feels PH in the center. It's so cute, but more importantly, I can now stuff my laptop in my backpack without (less) fear. 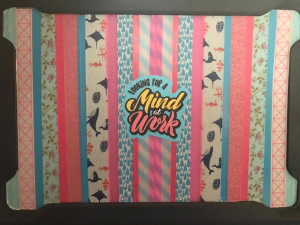 Fig 2. MY LAPTOP HAS A CASE. I FINALLY HAVE ONE. 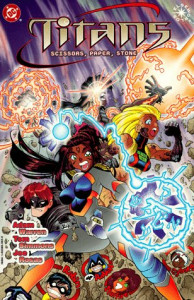 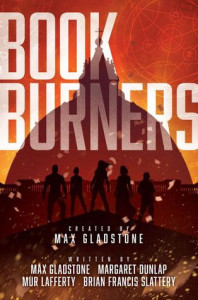 Titans: Scissors, Paper, Rock by Adam Warren was one of the formative influences of my youth. I remember reading this in Powerbooks, Arnaiz, when I was a wee thing who didn't have enough parental supervision. I never got around to buying it because the next day it was gone :c And I never saw a hard copy again. Thankfully we live in the age of the Internet, so I got to track this down last week. I wasn't really sure about what the title was, and I really only figured out who the author was when I was re-reading Empowered late last year. Thank goodness for artists with distinctive art styles. I didn't remember much about the story other than it was an AU of the Teen Titans, so it was really great to read again. The early 00s cyberpunk talk was so jarring, bless it, but I still love the whole metafictional aspect of the Titans' in this iteration, and the DAYGLO COLOURING. The ending still made me really upset :c which goes to show what a good one-shot can really do. It's such a product of its time though, bless it again. I hope that I see a hard copy of this one day so I can add it to my hoard.


Bookburners by Max Gladstone, Margaret Dunlap, Mur Lafferty, and Brian Francis Slattery should be a TV series. This book contains the 16 "episodes" of the first "season". The whole thing is an urban fantasy serial, where you have a group of operatives from the Vatican trying to stem the tide of demonic magical books getting into the world. All of the characters have their own backstories and motivations, something I am sad to have to highlight in 2017, and I really appreciated how these backstories came into play with the overarching plot. What I didn't know is that Bookburners is a serial fiction series being released on Serialbox, and that one can follow it there for a small fee. They're currently 13 episodes into Season Two and, if the first season is any indication, it is nearly done. That's really a good thing because Bookburners ends on a cliffhanger :CCC I mean, it was a relatively respectful cliffhanger, where the whole thing managed to tie up the plot of season 1, and I wasn't really left hanging per se, but that sequel hook was a good one. Can't wait for S2 to finish so I can binge on it. 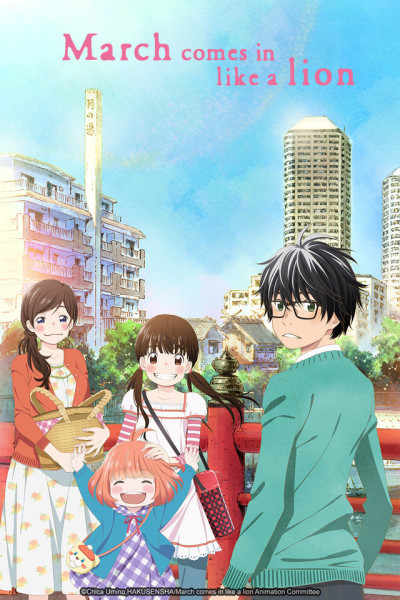 March Comes in Like a Lion / 3-gatsu no Lion by Chica Umino. I watched episode 1 - 17 over the course of the previous week because April, a good friend of mine, has been saying really good things about it. It's still unfinished with five episodes to go, and I'm kind of upset about that. If the art style in the poster is familiar, you may be familiar with Honey and Clover / Hachimitsu , Umino's earlier work. I remember watching Hachikuro back in university and feeling heartbroken about THOSE MISFITS in art school, so I was really pleased when 3-gatsu started. No-one really knew anything about what it was going to be about, other than the fact that the MC was a shogi player, and my Go-loving ass was doubly interested in it. However, the serialisation took too long to pick up and I forgot about it. April started posting about it in the wake of YoI, and she was so eager and excited about it that I decided to pick the animated series up and see just how devasted Chica Umino could make me now that I'm 30 and possibly more jaded.

SO, let me tell you that I am not jaded enough to not be affected by this series. Not only is it a wonderful slice of life anime, but it discusses anxiety and mental health issues in a stirring and recognisable fashion that just calls to me. It manages to balance the sweetness and sourness of life in an elegant mix that'll be familiar to fans of Hachikuro, and manages to delve into some pretty heavy interpersonal drama between the characters without succumbing to the weight of its message. AND it has really cute animated cats that'll teach you how to play shogi. MMM. It deserves all the accolades it has received online, and I'm waiting for the end of the series with much trepidation. There's also going to be a live-action movie coming out in March, of course, so I'm also excited for that!