Mum asks me this a lot now. She's been on social more than usual, because of the quarantine, as a way to keep abreast of the news and to keep occupied, I guess. Mum's been talking to her friends online, and mine, trying to see if everyone's okay, or if anyone needs help that she can provide from her bedroom.

So she asks me: "Is this real?" and then she forwards me a tweet, or a Facebook post, without an obvious source. Mum did this before quarantine, of course, but the rate of questions has gone up the more she stays on social. Some of them are easy to check, like the virus-banishing necklaces that have captured so much interest, or photoshopped images with editing she can't see, or memes. Are memes real? Sometimes, I said.

But sometimes she shows me things that I can't really parse, like the sheer number of deaths in Italy, or the way the US is handling the COVID-19 pandemic, like young kids refusing to stay indoors and heading to the beach for spring break, or the fact that senior officials in the Philippines are having DOH officers come to their houses to test them.

I told her that if it's a news provider it's probably credible.

This morning mum was messaging some of my friends from uni, all medical doctors now. She found out that one of them, and his medical doctor mother, were symptomatic for COVID-19 and had been waiting for test results from the 17th. Another friend and his partner had had to quarantine themselves after the boyfriend was showing symptoms after being on the frontlines, complete with the fever that's been the clearest indicator of infection. Thankfully, they both tested negative. My other friend's been home, resting up before his inevitable return to the hospital; his fiancé is a pediatrician and has been on the frontlines from the beginning. They're based outside of Metro Manila so they're mostly out of it and my friend's been painting his Warhammer 40K miniatures while doting on his cat.

My best friend, also a medical doctor based outside of Metro Manila, hasn't been on the frontlines as she's more corporate-based. She has been walking around their empty village, getting some exercise with her mother, learning how to play the ukulele, and catching up with all the book recommendations I've thrown at her over the years. She's ready to deploy as soon as they need her in the area.

There are other front-liners that I know, mostly from my confinement in December. We'd become friends on social after I started being able to talk again, and I see their IG posts with their co-workers, the late nights, the PPE kit they don every day and replace like clockwork. Some of them are even billeted at the hospital, a private one, probably because their homes are outside of Metro Manila.

I've been playing Animal Crossing, doing household chores, and telling my mother what's real and what isn't. I also taught her how to add the Grammarly extension to her browser so she can type with a spelling guardian.

Last night my girlfriend and I visited each other's Animal Crossing towns. It was pretty cool and we got to take a lot of cute pictures. I've already posted the pictures on Twitter but I'll share them here as well: 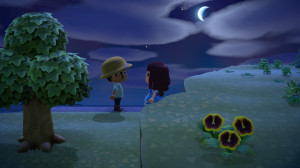 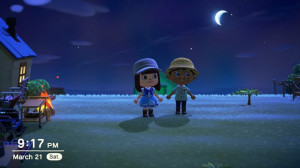 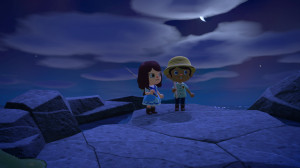 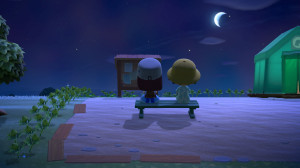 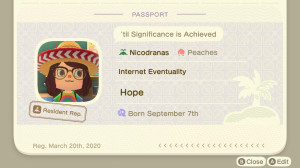 I just blazed through episode 41-50 of The Magnus Archives and I'm going to break my only-ten-episodes a day thing. There are still 110 episodes left. I don't really need to ration them out, especially since the fifth and last season is coming out soon.

Speaking of rationing things out, I've been doing a book series readthrough with some of my friends since January, the series being The Queen's Thief by Megan Whalen Turner. The original plan was that we'll read one of the five books during the first two weeks of the month so that we'll all be caught up by the time the last book comes out in June. But since we're all stuck at home, I asked if they wanted to read the third book, The King of Attolia this fortnight, then Conspiracy of Kings immediately after. This'll mean that we'll be done with the series before the beginning of May with Thick as Thieves. But enough about books; that's what my other blog is for.

Mum and I did more laundry today, but I haven't kept the laundry we did the other day. So that's what I'm going to be doing this afternoon. I've got D&D with my college friends this evening, and I hope that we'll be able to finish the session tonight.

My mental health is all right, I think. All the schedulling and rationing and mindfulness has definitely helped. I did tear up a bit a while ago when I found out my friends had to be tested for COVID-19, but it's silly to worry in advance. Even though other frontliners have been stricken by this disease and have died. Doctors and other hospital staff can't be very healthy right now, what with the stress and the long hours, making them perfect hosts for it since they're exposed.

I can't fix it so I have to let go. And wait. Do what I am able to do. Control what I can control.

Also I ate cold lasagna out of a tupperware container. It's too hot outside and I'd just come in from hanging the laundry under the sun. It was like eating savoury ice cream. I feel soothed, if ridiculous.